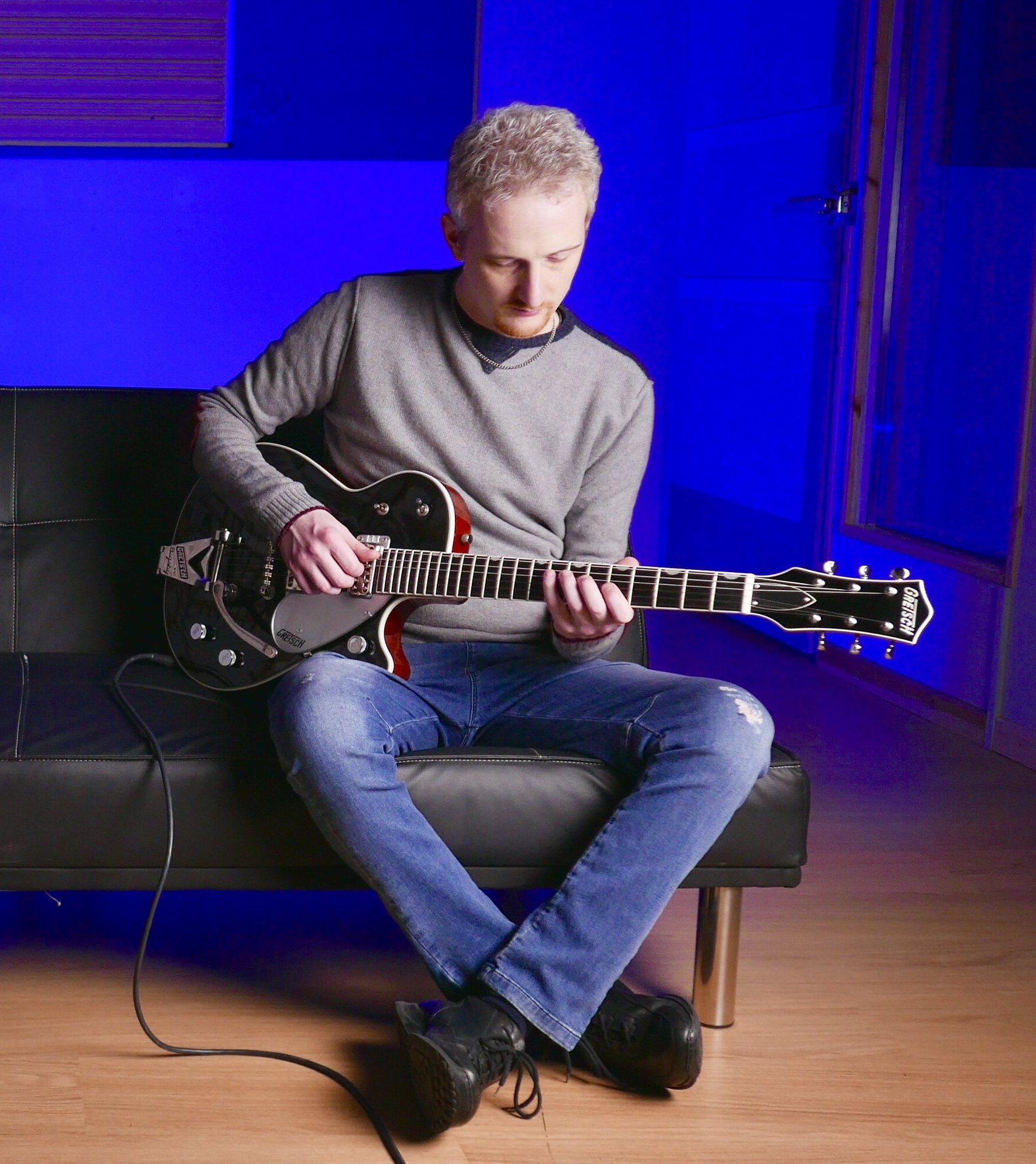 Marco Tafelli is a  21st century musician, based in Northern Italy.
Since early age, Marco showed a never-ending curiosity for everything music-related.

This brought him to play the electric guitar  first, and then to other instruments like  acoustic guitar, fretted and fretless bass, mandolin, violin.

Marco feels equally at ease on both sides of the glass of the recording studio , either overdubbing guitars on a pop song, mixing a rock record on Pro Tools or editing intricate minimal music compositions by following detailed music scores.

His stable collaboration with Los Angeles based session-player Tim Pierce (Michael Jackson, Madonna, Phil Collins) brought him to develop educational content for the Tim Pierce Guitar Academy, and to put his music transcription skills at work by transcribing hundreds of performances to music staff and tablature.

For more than a decade, Marco passionately educates and trains his students in one-on-one sessions, by using both  linear and non-linear education methods.
His wide musical background enables his students to experience a unique, holistic educational approach that goes beyond the guitar itself.